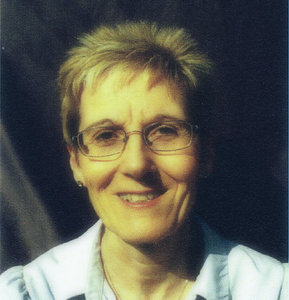 I have lived in Alcester for most of my life. I think our town is a wonderful, unique place to live with a fantastic community spirit. I am married to Tim and have three grown up daughters and two grandsons. Tim was the Alcester Court Leet High Bailiff in 2016. I have worked for a local company in Alcester for since 2000 as an office manager.

I was elected as a councillor in May 2015. In May 2018 I was elected Deputy Mayor, and in May 2019 I was elected Mayor. I served as Mayor for two years until May 2021. I was extremely honoured to be given the chance by my fellow Councillors to fulfil these roles.  I sit on two of the Council’s committees- Planning and Finance and General Purposes. I have also been appointed as Lead Councillor for the Cemetery.

I am also a member of Alcester Community Trust. Members of the Trust have helped set up events in Alcester, for example: Alcester 10K run, Motor Festival and Window Wanderland.

I have also been a school governor at local schools since 2001, currently at Alcester Academy.

In May 2019 I was elected as a Stratford on Avon District Councillor for Kinwarton Ward.